Texas Wedding Ministers performs Weddings in Spanish and Bilingual for Spanish speaking couples and their guests.

Wedding Ceremonies in Performed in Spanish yes Texas Wedding Ministers can do them! Did you know that 32 % of San Antonians speak Spanish? Or that over 63% of Americans speak Spanish? More importantly, did you know that officiants from Texas Wedding Ministers can perform your ceremony in Spanish, English, or both? Well they can!  At Texas Wedding Ministers, we strive to tailor your ceremony to your own unique style as a couple. Everything is customizable- from your officiant, to the language(s) of your ceremony, your vows, your rituals and more!
For Manuel and Irma Hernandez, having a traditional Catholic ceremony, in Spanish, was very important to them on their special day. In the Hispanic culture, traditional rituals like the Unity Candle, Lasso and Arras Coins go back generations and generations. They are ways for close friends and family to share their blessings and participate in the couple’s nuptials.

The lasso is a cord that is placed around the bride and groom by a pair of close friends or relatives, to symbolize the infinite bond of love that a couple shares. It symbolizes that the couple is no longer two, but one in marriage.

Finally, the arras coins represent a reciprocal reminder of give and take. The couple exchanges the coins as a reminder that they will support each other, their children and the community around them.  They are a symbol of a pledge of dedication.

While these special rituals add an incredible amount of meaning to such a special occasion, it was made even more special because Reverend Rene Esparza was able to perform their ceremony in their native language- Spanish. “Texas Wedding Ministers is well-organized and was very responsive to any questions or concerns that we had,” said Manuel and Irma. “Reverend Esparza was helpful during both the rehearsal and on the day-of. He took charge, and was friendly to all our friends and family. It was a good choice to have Reverend Esparza as our officiant.” 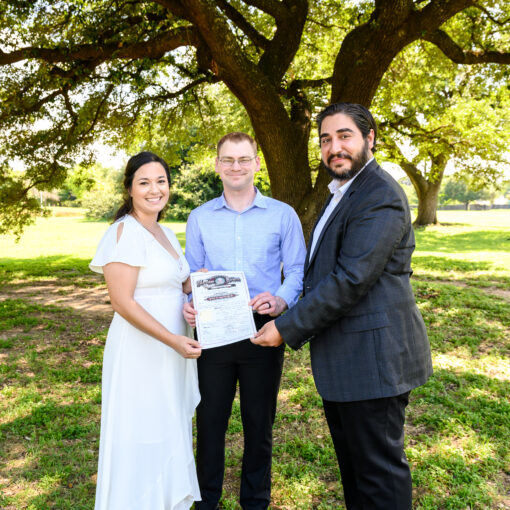 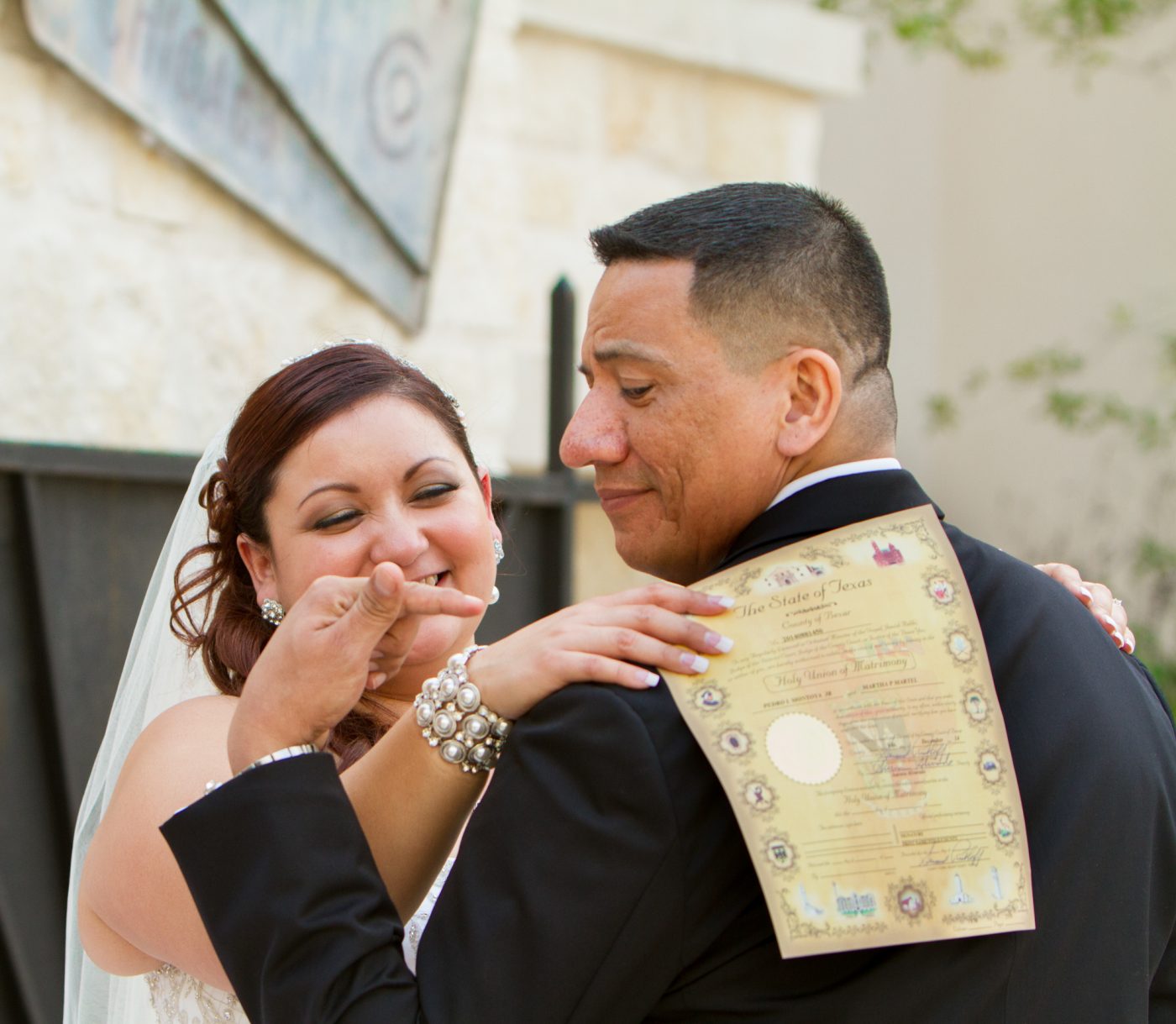 Texas Wedding Ministers performs ceremonies for father and son just a year apart                 According to a poll from David’s Bridal, more […] 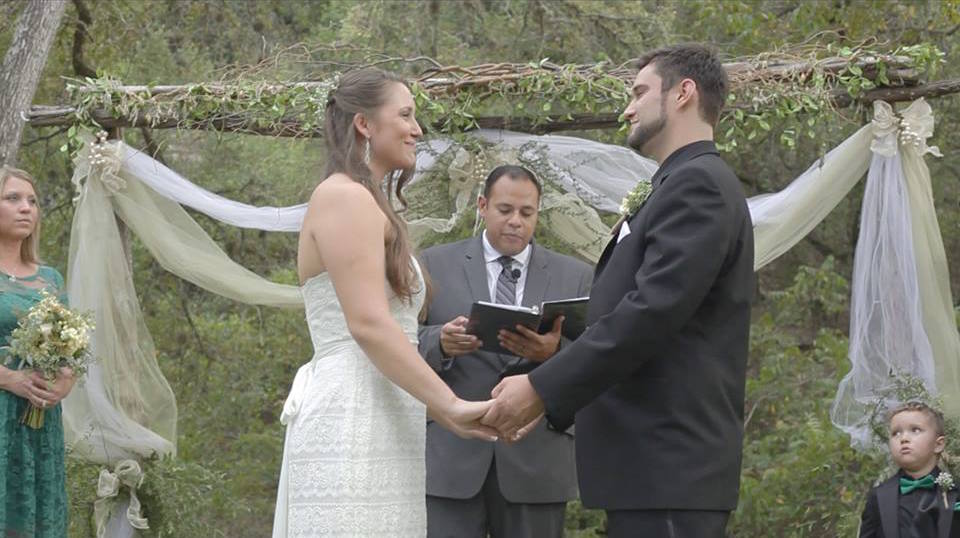 You are newly engaged, and how exciting is that!! Wait, but now you have to hire a bunch of vendors to turn […] 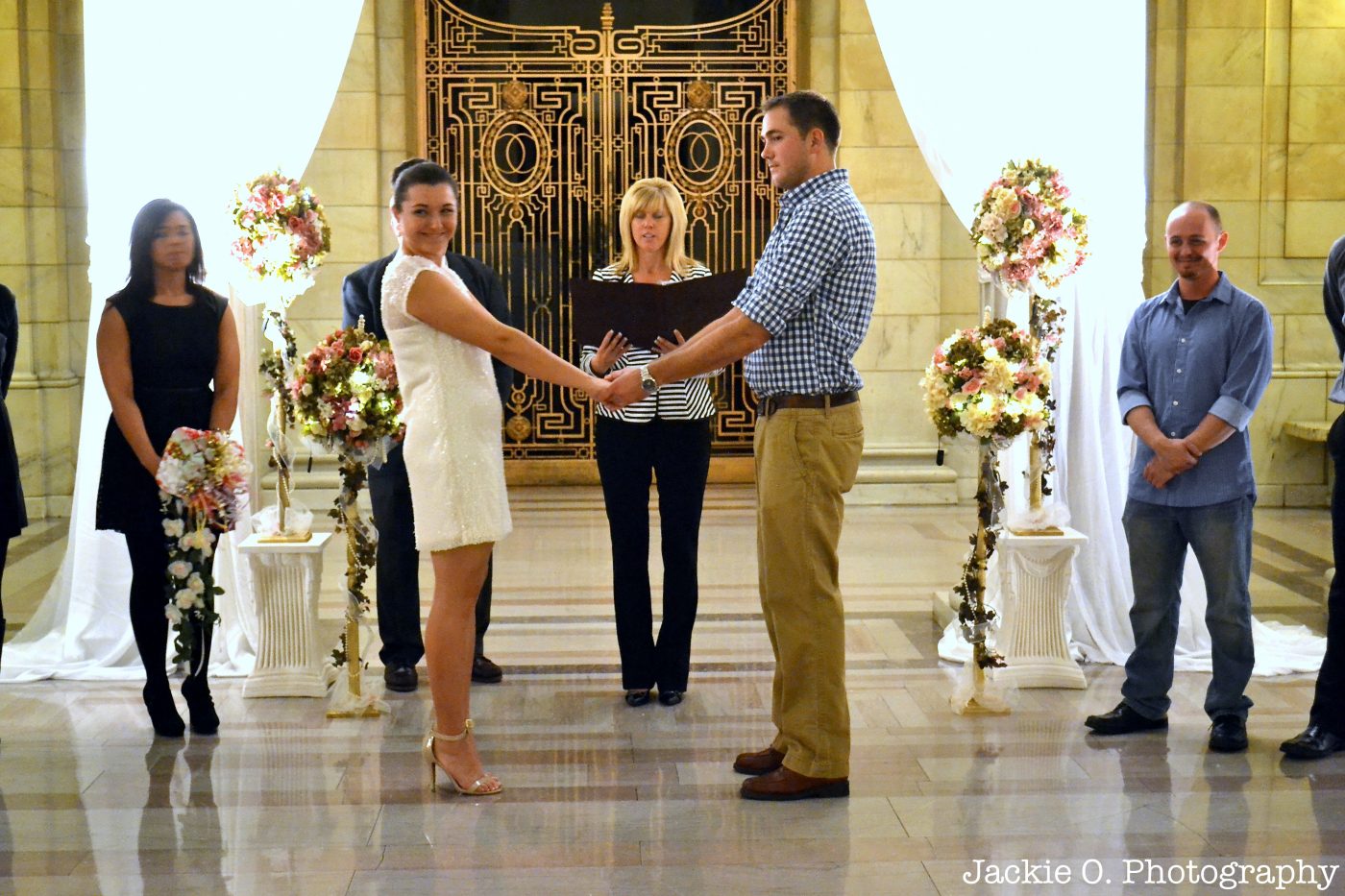